It is well documented and widely accepted that when children are healthy they can achieve more, concentrate better, have improved academic performance and are more likely to behave and therefore learn.

Children are more engaged and interested in a topic when they are involved and taking part, not just listening. We bring a huge variety of audio, visual and kinaesthetic resources to your school that will actively engage and stimulate all the children while you can be assured that your curriculum and Ofsted boxes are being ticked! See below which curriculum objectives our different sessions meet.

See how much curriculum an A-life visit would tick: 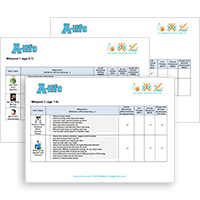 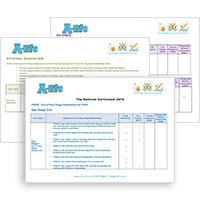 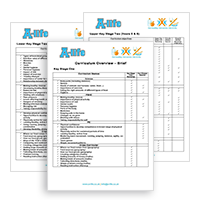 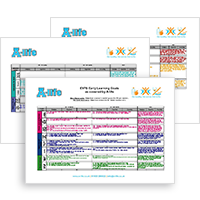 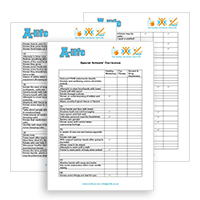 Here are a few highlights from the National curriculum, Ofsted, Public Health England and a Government report for Physical Education.

The new National Curriculum in England (published 2014) places high emphasis on the teaching of what constitutes a healthy lifestyle and the impact of healthy living both now and in the future:

(Schools should prepare) “pupils…for the opportunities, responsibilities and experiences of later life. and teach them “…the importance of physical activity and diet for a healthy lifestyle.

Ofsted state that it is a schools responsibility to:

A summary of recent Ofsted reports also concluded that:

The Ofsted report of one London School (in W12) recently graded as ‘Outstanding’, specifically referenced the contribution of their ‘Healthy Schools Gold Award’ towards the achievement of this grade within the ‘Behaviour and Safety’ section of the report.

Students’ personal development progresses exceptionally well, as evidenced by the school’s receipt of the Healthy Schools Gold Award. Students’ self-esteem grows as their social awareness, confidence and communication skills flourish, and the students grow into positive and optimistic young people.

1) Report entitled: ‘The link between pupil health and wellbeing and attainment. A briefing for head teachers, governors and staff in an education setting’. (November 2014)

Their findings further evidenced the link between pupil health and wellbeing, and their academic achievements:

Key points from the evidence were:

2) A report on our children’s health by the chief medical officer of England highlighted that:

promoting physical and mental health in schools creates a virtuous circle reinforcing children’s attainment and achievement that in turn improves their wellbeing, enabling children to thrive and achieve their full potential.

Children and young people who are aerobically fit have higher academic scores. The intensity and duration of exercise are both linked to improved academic performance, including GCSE results at age 15 and notably girls results in science.

3) A UK study identified that the amount of moderate to vigorous physical activity pupils engaged with at age 11 had an effect on academic performance across English, maths and science at age 11, 13 and final GCSE exam results:

2) Beyond 2012 – An Outstanding Physical Education for All (Feb 2013)
A subsequent Ofsted report was published, following the Olympics Games of 2012.

3) Beyond 2012 – Outstanding Physical Educationfor all states:

When taught well, physical education enthuses and inspires pupils to participate fully and develop a life-long love of physical activity, sport and exercise.

The inspection in 2013 reported the following findings:

Schools have a vital role to play in ensuring that all pupils remain at the heart of a successful sporting legacy left behind by the Olympic Games. Pupils must be encouraged to remain actively engaged in PE and school sport, and be helped to maintain their interest in sport outside of school by participating regularly in activities in local clubs and community sports facilities.

Therefore the report recommends:
All teachers, classroom assistants and sports coaches should:

The government recommend that pupils receive 2 hours PE and school sports each week.

Two hours of physical education (PE) and school sport each week was an aspirational target for schools introduced by the previous government. There is no statutory requirement for schools to devote a specific amount of time to PE) [www. gov.co.uk]

Significant Improvements have, however, been identified:

The aim of the funding continues to be to get young people interested in sport from a young age:

…when people leave school they often stop playing sports, which means people can’t fulfil their sporting potential, and can lead to a less healthy lifestyle. We want to get more people playing sport safely from a young age, and help them keep playing sport throughout their life, no matter what their economic or social background.

"The resources were very high quality. They learnt a lot, which was great because it linked with our science. "

"The Ofsted Inspector commented on what a good presentation it was - and that you were 'obviously a born charismatic teacher'!"

"Managed to cover so many different curriculum objectives. All for a great price per head and no hassle to organise."